Alice: This is impossible

The Mad Hatter: Only if you believe it is.

When Sean Braney was a kid, he dreamed of one day living on Cape Cod. Those were big dreams for a boy who grew up outside of Syracuse in Manlius, New York, and who visited here often. But like his favorite character from his favorite childhood movie, The Mad Hatter, Braney believed the impossible was possible.

It is that same attitude that Braney applied to his professional life when he formed The Mad Hatter in Boston in 2000. It represented one dream fulfilled for the UMass grad.

Two years later, his second dream would come true when he finally moved to Cape Cod with his wife. The couple lives in Sandwich where they are raising two daughters.

As Braney has achieved his dreams, he is helping his fellow Cape Codders achieve theirs through The Mad Hatter. With more than 21 years of painting experience, Braney understands what a fresh coat of paint can mean to one’s home. And like the character his company is named after, Braney and his employees are adding color, vibrancy and life to people’s homes. If you can dream it, The Mad Hatter can do it. 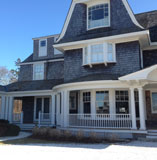 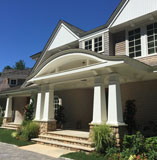 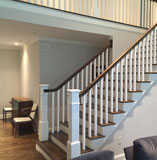 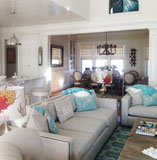